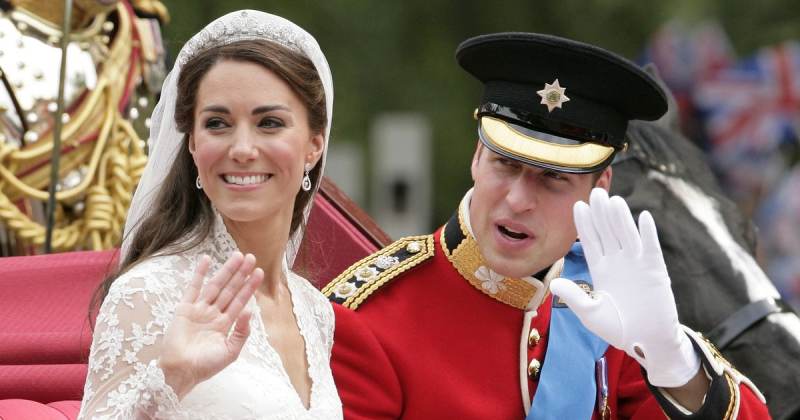 Prince William and Kate Middleton celebrate their tenth wedding anniversary today, 29 April. The Duke and Duchess of Cambridge famously honeymooned in Seychelles, where it was widely reported that they stayed at the exclusive luxury private island resort, North Island. The couple spent ten days in a secluded villa, basking in the tropical sun and enjoying the privacy that a private-island stay guarantees.

With its pristine, palm-fringed beaches and clear, turquoise waters, Seychelles is undoubtedly the romance capital of the Indian Ocean and is no stranger to royal and celebrity guests, alike. On the occasion of the tenth anniversary of “Will’s & Kate’s” marriage, we look back at some of Seychelles’ more regal visitors and highlight some extraordinary suites, fit for royalty:

Also known as Villa 11, Villa North Island is perched on the granite boulders at the far end of the island’s East Beach and is the quintessence of privacy and seclusion. The sheer volume, scale and luxury of this villa are unimaginably decadent as it spreads out across multi-tiered levels, cascading down through a coconut grove, with direct beach access to the ocean below. This is the ultimate North Island experience and the ultimate accommodation for luxury and romance.

At Fregate Private Island VIP guests are granted the exclusive use of a whole peninsula: this estate – rather than a suite – consists of a large open core and living area with adjacent infinity swimming pool, study, TV lounge, sitting area and fully equipped kitchen where you will be waited on by your private chef and butler. Three immaculately furnished detached bedrooms are decorated with antiques from all over the Indian Ocean, each benefiting from its own terrace, bathroom and panorama bathtub.

Prince William and Kate Middleton are not the only famous honeymooners to have visited our shores for an island escape:

Queen Elizabeth and the late Prince Philip visited Seychelles during an official tour in 1972 – incidentally the same year that Mason’s Travel began their operations. Watch video.

Hollywood royalty, George and Amal Clooney, must have taken some travel advice from the Cambridge’s – the couple also celebrated their honeymoon at North Island. But it was Brad Pitt and Jennifer Anniston that set the Seychelles celebrity honeymoon trend when they honeymooned at Fregate Private Island in 2000.

From Hollywood royalty to literary royalty – Ian Flemming,  author of the famous James Bond novels, once escaped writers’ block – and escaped to Seychelles – to work on his Bond novel, For Your Eyes Only. He stayed at what is now Hilton Northholme Resort & Spa.

Seychelles has a history of inspiring music royalty – most notably The Beatles! George Harrison once co-owned (together with actor, Peter Sellers) Anse Intendance, one of Mahe’s most beautiful beaches. Years later, in 2002, Paul McCartney and his wife, Heather Mills, honeymooned at Fregate Private Island.

Denis Private Island pioneers a new kind of luxury, centered on sustainability, connection and experiences in nature. For travellers looking to escape from the spotlight, this remote island in Seychelles’ northern territory is the perfect hideaway. The island’s luxury beach villa boasts a private beachfront with an extensive outdoor living and relaxation area, together with a private courtyard and plunge pool – all just steps away from the ocean.

When the pressure is on to create a bespoke island experience for the client that has already seen and done it all, turn to Seychelles’ premier travel specialists: Mason’s Travel. With close on 50 years of experience, no one knows these islands better. And when discretion and privacy are paramount, it is reassuring to know that all of your clients’ in-destination needs (from VIP handling and booking the perfect suite, to private helicopter transfers and charted island tours) are handled by a single company with a personalized approach to service. Contact us for more information about the following services:

Contact your Mason’s Travel Representative  for rates and packages.

Mason’s Travel is the first and original inbound tour operator for the Seychelles and a leading name in travel for the Indian Ocean’s most alluring destination. With a reputation for deep local knowledge, wealth of experience and outstanding personal service, Mason’ Travel is the oldest and most established DMC in Seychelles.

This website uses cookies to improve your experience while you navigate through the website. Out of these, the cookies that are categorized as necessary are stored on your browser as they are essential for the working of basic functionalities of the website. We also use third-party cookies that help us analyze and understand how you use this website. These cookies will be stored in your browser only with your consent. You also have the option to opt-out of these cookies. But opting out of some of these cookies may affect your browsing experience.
Necessary Always Enabled
Necessary cookies are absolutely essential for the website to function properly. These cookies ensure basic functionalities and security features of the website, anonymously.
Functional
Functional cookies help to perform certain functionalities like sharing the content of the website on social media platforms, collect feedbacks, and other third-party features.
Performance
Performance cookies are used to understand and analyze the key performance indexes of the website which helps in delivering a better user experience for the visitors.
Analytics
Analytical cookies are used to understand how visitors interact with the website. These cookies help provide information on metrics the number of visitors, bounce rate, traffic source, etc.
Advertisement
Advertisement cookies are used to provide visitors with relevant ads and marketing campaigns. These cookies track visitors across websites and collect information to provide customized ads.
Others
Other uncategorized cookies are those that are being analyzed and have not been classified into a category as yet.
SAVE & ACCEPT